Waiting for the bus is a pain, especially, in harsh weather conditions. The Architecture Studio Rombout Frieling Lab and Research Institutes of Sweden designed a feature on a bus stop that would help with these harsh conditions and make waiting for the bus more bearable.

The first attempt of creating a better bus stop, tested in Umeå, Sweden, used timber nooks that hung from the ceiling and shielded bus passengers from the harsh weather. These timber “cocoons” could rotate so passengers could face away from the cold wind. The researchers did a study and found that passengers prefer to lean or stand rather than sit and wait. So that’s exactly what these “cocoons” were made for.  The other feature added to the bus stop was the smart roof. This roof made it possible for people to not have to look for the bus coming. The roof used different colored lights and sounds that would alert people what destination the bus is approaching. Adding these simple features make waiting for the bus more comfortable and less anxious.

What if your own body could participate in making us one more step closer to living in an eco-friendly environment? Aroussiak Gabrielian, an assistant professor at USC Architecture, found a way to make is possible to grow food on our own body. She started Posthuman Habitats, which essentially is a wearable garden vest that grows all kinds of crops maintained by bodily waste. They embedded seeds into the vest using soil pockets, it grew 40 different types of vegetables, which includes broccoli, kale, mushroom, cabbage, arugula, peas, and a lot more. Not only could this vest be used as a new way to grow crops, but it could also be used during post-apocalyptic circumstances when there is a shortage of food.

Bots Are Helping People with Their Mental Health

Often people worry about taking a day off for their mental health and worry even more about discussing this topic with their managers or bosses. AI Bots have been stepping in because of this problem and people seemed to be less reluctant to discuss their problems with the bots versus real people. Bots are talking to people about their mental health problems like depression or anxiety. Why are people more likely to talk to a bot than Human Resources? Well, people are worried about being judged, especially since mental health used not be the biggest concern to most jobs. Also people want a fast response and bots are nothing but fast. Not only, can the bot respond quickly, but it also provides resources for people and can even connect you with a real live person if you so wish. HR Professional are not as willing to the idea of bots and talking about sensitive matters. Would you prefer an AI bot to a human?

Is digital clothing the next big thing in retail? Carlings, a Scandanavian fashion retailer, is disrupting the t-shirt industry by utilizing Spark AR technology to digitally show different graphics on the actual t-shirt. So how does this AR shirt work? By having the logo act as a tracking point for the design – think of it like an Instagram filter.

A Candy Cane in Space

Space just got festive this holiday season as the GISMO captured a candy cane formation in the middle of the Milky Way galaxy. And according to NASA, “…this is no cosmic confection. It spans 190 light-years and is one of a set of long, thin strands of ionized gas called filaments that emit radio waves.” What a cool thing to discover! 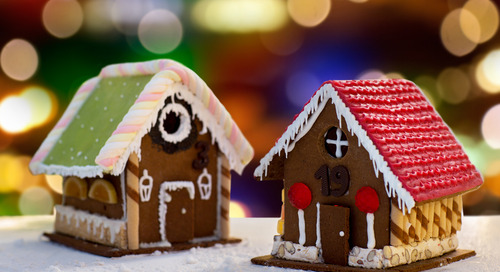 3 Tips for Selling Homes Faster During the Holidays

Selling homes before the end of the year doesn't have to be stressful. BDX compiled a few tips to help home... 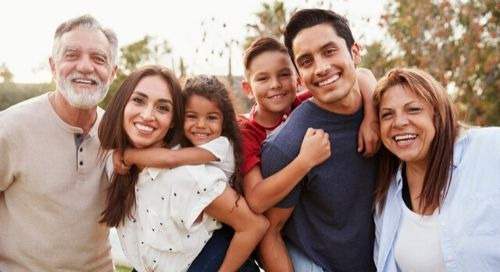 Why It’s Important to List Your Homes in Spanish

Builders list homes on listing websites to connect with more home shoppers and agents. So why not list your... 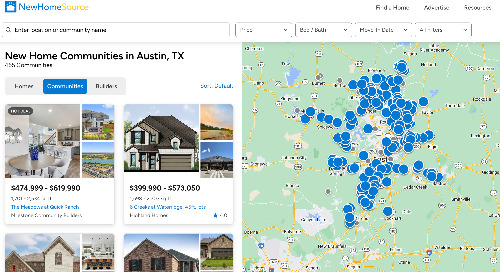