Gen Z is the most in touch with Tech than any other generation. Technology was integrated into their life at a very young age. Unlike previous generation where technology wasn’t as prominent until later in life. So it’s only natural for the Gen Z generation to want a more tech savvy home. They are expecting voice controlled devices already installed when the buy the house. They are also expecting to be able tour the home virtually on their own smart phone.

What are Gen Z’s Qualifications for Their Home?

This generation like every other generation has certain expectations their home must meet to consider living there. Most Gen Z adults want to live in a diverse community. The most important qualification is that their home must be close approximation to where they work. The area isn’t as big of a concern as long as the home meets their other qualifications. The majority of this generation plan to own a home instead of renting. Gen Zers are more financially stable than millennials are and should be looking to buy a home soon.

Facebook is working on designing Ray-Ban smart glasses, internally called Orion, that they hope will replace the smart phone. You could use this device to take a phone call, show data via small display, and even be able to record and stream live what you are currently seeing to social media. So basically their like the smart glasses Peter Parker inherited from Tony Stark, more or less. These glasses are not available to the public, but give it a few years and you might see them on the market.

When you walk into the gym, called Grit Bxing, you don’t get the same environment you would at any other gym. Instead, you get the feeling that you are at a club. Recently, they intensified that feeling by adding a bar into the gym. So not only is there energizing music playing and colorful lights, but now there’s  a full liquor bar too. The gym created this area so their members have a place to socialize and hang out after or before working out. To add to Grit Bxing’s uniqueness, recently, they started to accept bitcoin as a currency.

This cup will be useful to all the coffee addicts who also care about the environment. About 600 million coffee cups are thrown into the trash each year. Even those paper cups are not totally recyclable because they have plastic lining inside of them. Well, to solve this problem a company, called CupClub, created a cup that can be reused approximately 132 times and then recycled when it’s worn out. To do this CupClub had to place designated bins for establishments to use that people could place their cups in once they are finished using them, then could re-use the cup for another customer. Several shops have started utilizing these cups and therefore, have lessened the amount of cups being thrown away.

Global Warming has been an environmental issue for a long time. Several people have been trying to experiment with ways we can reduce the amount of carbon dioxide in the atmosphere. Who knew that a natural element, algae, could be the solution to this issue? Hypergiant Industries created an algae-based bioreactor that has been proven to dissolve 400 times the amount of carbon dioxide than a tree could. Is this the solution to our environment’s issue?

Ever wonder what it would be like to talk to your favorite character? Well, now you can! Disney’s Bedtime Hotline allows you to pick which character you want to wish you a good night. From Yoda and Spiderman to Mickey and Woody, this service is a great way to soothe children and adults alike who have trouble sleeping. 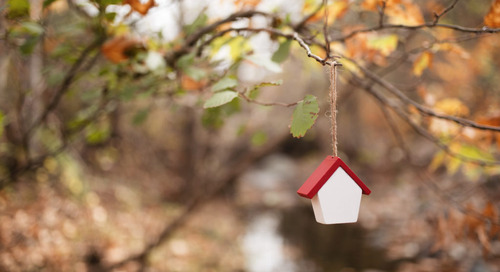 A is for Autumn… and Advertising

As marketers, reaching the audience you care about is easier said than done. But with the right integration... 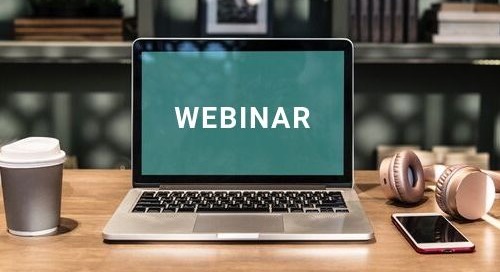 Join our CEO, Tim Costello, for the Technology in Homebuilding Webcast hosted by Hanley Wood on Thursday, S...