This week we’re taking a BYTE out of the future of the commute, virtual reality, the most recent housing numbers, the status of new tech, and renters. Dig in!

Everyday commutes are being even more disrupted. Bike shares across the country are changing the way our cities move. We have a first look inside the Hyperloop passenger car, the future bullet train being built by Elon Musk and friends.

Are We There Yet?

Bike shares are officially here and popularity is growing fast. The National Association of City Transportation conducted the most comprehensive bike share study ever. The study found the number of bike share trips nationwide increased from 2.3 million to 28 million in 5 years. NYC, Boston, D.C., Miami, and Chicago are the biggest cities for bike shares, but they are in pretty much every major U.S. city. The study found that bike sharing does best as a compliment to current transit options and that growth and demand don’t seem to be slowing down anytime soon.

The Hyperloop is one of Elon Musk’s projects that is trying to get people from A to B in a fraction of the time, think a train moving at 760 mph. Elon Musk put his design out to the public and two companies are really working hard to make this a real thing, Hyperloop One and Hyperloop Transportation Technologies (HTT). HTT is the first to put out a video actually showing what people will be riding in as they shoot through the tube. HTT also announced they are hoping to have a 5 mile long prototype up and going by 2018.

Virtual reality has been getting a lot of publicity about its possibilities and practical uses. Home building might be one of the first to find the elusive practical use for VR. The Washington Post reported on home builders looking to VR to possibly replace model homes. Immersive virtual reality tours are starting to be utilized in sales centers and allow customization of homes and floor plans in a way model homes can’t. Research from a New Home Source Insights Panel survey found that one in four people would be open to purchasing a home online from a VR experience. Looks like a putting on a fancy headset may be the new first step in buying a house.

Homes Flying Off The Shelf

New home sales in February were good, really good. Sales were 6.1% higher than January and almost 13% higher than February 2016. This was a 7 month high for sales and was good news for the industry. Many are thanking the slightly lower costs of some homes and the unseasonably warm weather everywhere. This good news contributes to the not so great news that U.S. Home Inventory is at a historic low. Starter homes have the lowest inventory having dropped 8.7% in the last year.

In a very official announcement from Elon Musk on Twitter, the Solar Roof Tiles are going to be on sale in April. He responded to someone who tweeted at him asking when he could buy and Musk responded, but nothing has been announced elsewhere in terms of pricing, availability, or anything. In other tech company news, Amazon has delayed the opening of its cashier-less grocery store that was supposed to open this month. Apparently the store stopped working/scanning people when it got too busy, so it’s probably good they pushed the open date.

There are officially more renters in U.S. cities than there are owners. This is a trend that has been moving this direction for a little bit now, but the threshold has finally been crossed where buyers are outnumbered in 52 of the major 100 cities. This trend is expected to continue unless something very unexpected happens in availability and the price of housing across the country.

Sliding Through The Week

If you realized it’s only Tuesday and need some motivation this dog who got to play fetch on his very own NHL rink will help. 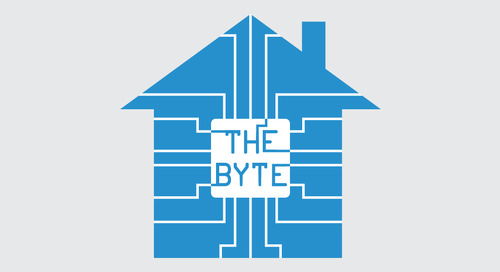 In this edition of the BYTE, BDX features the movers, the U.S. infrastructure, new gadgets, the internet, a... 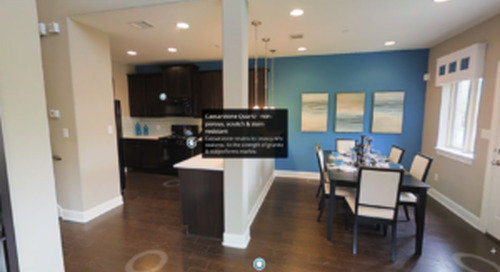